Dove made a formal apology this weekend after a Facebook ad sparked some on social media to call it racist. 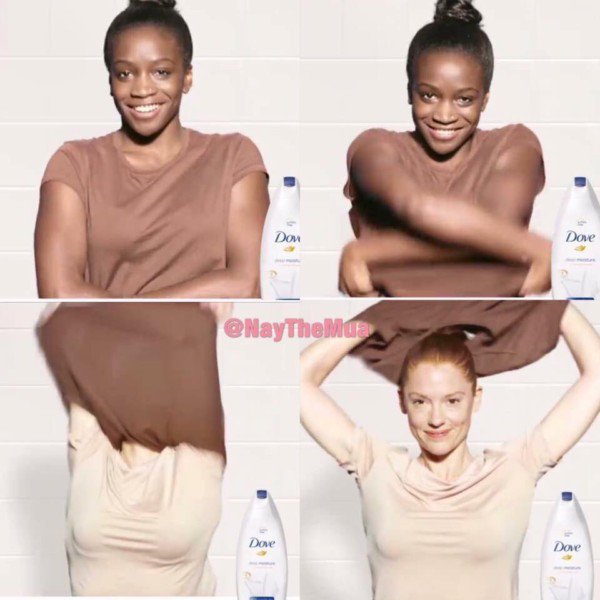 The advertisement promoting Dove’s body wash featured a GIF of women removing their shirts to reveal another woman underneath. Controversy arose quickly with many questioning the implications of starting with a woman with darker skin and turning her into a woman with lighter skin.

Following the intense social media outcry, Dove posted an apology for the GIF to Facebook which said, “Dove is committed to representing the beauty of diversity. In an image we posted this week, we missed the mark in thoughtfully representing women of color and we deeply regret the offense that it has caused.”

About Last Night: See What the Stars Wore

In a further statement to Us, expanded on the apology the following statement:

“As a part of a campaign for Dove Body Wash, a 3-second video clip was posted to the US Facebook page which featured three women of different ethnicities, each removing a t-shirt to reveal the next woman. The short video was intended to convey that Dove Body Wash is for every woman and be a celebration of diversity, but we got it wrong. It did not represent the diversity of real beauty which is something Dove is passionate about and is core to our beliefs, and it should not have happened. We have removed the post and have not published any other related content. This should not have happened and we are re-evaluating our internal processes for creating and approving content to prevent us making this type of mistake in future. We apologize deeply and sincerely for the offense that it has caused and do not condone any activity or imagery that insults any audience.”

See All the Stunning, Sparkling Celebrity Engagement Rings of 2017

This is an uncommon misstep for the brand, often praised for their inclusive ads championing body positivity and empowering women such as their “Love Your Curls” campaign. Dove has also proudly used real women as opposed to models in their ads for years and has created groundbreaking campaigns like those that espoused loving yourself — even your armpits.

Attention was brought to the matter when American Makeup artist Naomi Blake took screenshots of the advertisement and shared them with the comments, “So I’m scrolling through Facebook and this is the #dove ad that comes up … ok so what am I looking at.”

In response to the ad, one Facebook commenter remarked, “The message conveyed to me was that the black woman is dirty and once you use Dove soap, you’ll be clean and white.”

An image we recently posted on Facebook missed the mark in representing women of color thoughtfully. We deeply regret the offense it caused.

You can do better than “missed the mark.” Flip + diminishing. Deepens your offense. You do good work. Have been for years. Do better here.

Prominent celebrities such as Ava DuVernay also commented on the brand’s apology with a tweet that said, ” You can do better than “missed the mark.” Flip + diminishing. Deepens your offense. You do good work. Have been for years. Do better here,” while Gabrielle Union tweeted, “I really would like to know who exactly had a seat at the table making this decision.”

DNA study provides insight into how to live longer

Canpers.com is your news, entertainment, music fashion website. We provide you with the latest breaking news and videos straight from the entertainment industry. Check out the hottest fashion, photos, movies and TV shows! Request removal of content by email |
Contact us: info@canpers.com
© 2020 Canadian Press of Ethnic Residents Society.
MORE STORIES
Fashion

Fito Centore - October 9, 2017
0
Ashley Graham's Workout Videos Get The Worst Comments And She Has Something To Say About It... The model is speaking out against those trying to...
%d bloggers like this:
Skip to toolbar